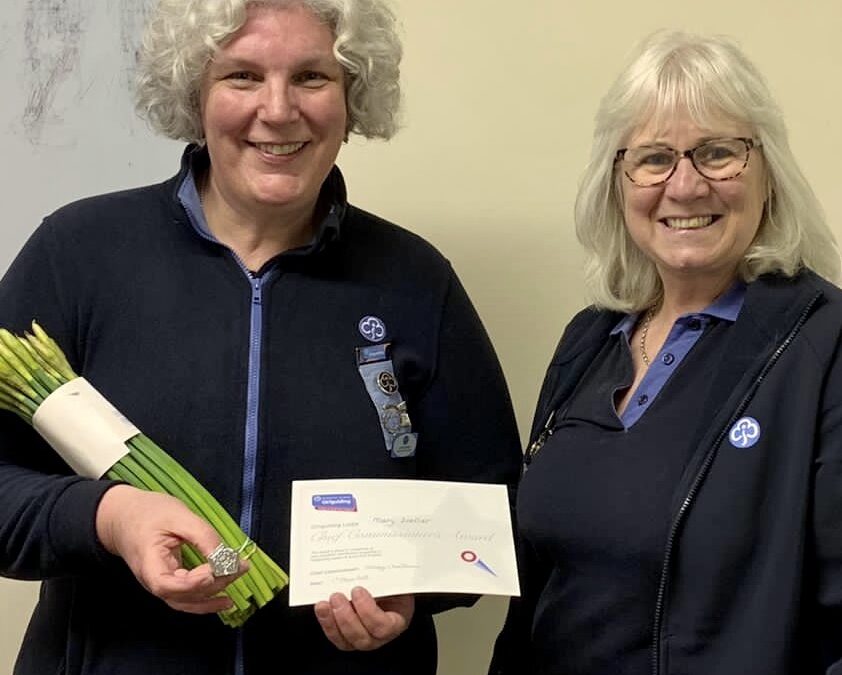 County Commissioner, Beverly Heywood-Jones, attended the Epsom Division Meeting to present Division Commissioner Mary Zoeller with the Region Chief Commissioner’s Award.  This had been awarded during covid, but we were waiting for a face-to-face opportunity to present it. In nominating Mary for the award, her peers spoke of Mary’s endless enthusiasm for Guiding, her community and the positive impact she has on those around her. One person said that Mary’s enthusiasm is infectious and that Epsom Division would not be the same without her.

‘Mary has an incredible ability to organise and promote an event where a lot of fun will be had (and a badge too). The highlight for many was the Thinking day sleepover at the Epsom race course, attended by over 300 girls and leaders who had an amazing time thanks to her efforts!’

‘She loves to support her local community. Neil Dallen the ex-Epsom Mayor said “I worked closely with Mary in her role as Division Commissioner as Girlguiding was one of my charities (chosen largely due to Mary’s enthusiasm for Little Acres Lodge). She has given enormous support to the fund raising for the three mayors charities as well as taking full advantage of the opportunities for raising Girl Guiding profile and awareness.” 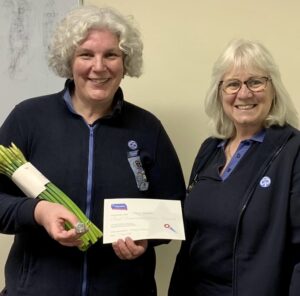 Latest News from around the Division